10-Jun-12: "Prime Minister Netanyahu: Honor the principles of justice and decency on which our nation is based." 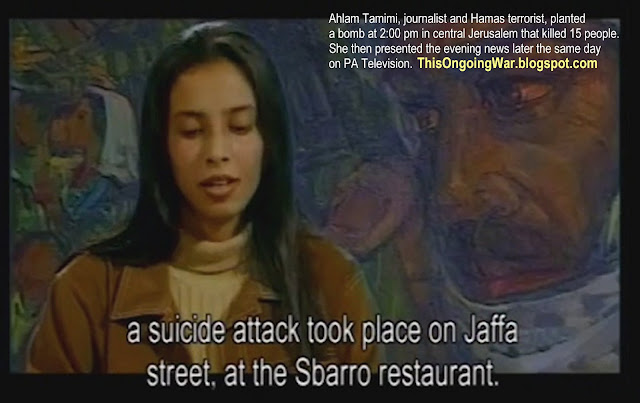 [Translated from the Hebrew original, delivered by fax June 7, 2012]

This is the third time we are writing to you. This letter is written in the hope that you will not ignore us in the way we were ignored the two earlier times.

Our first letter, a private one, was handed to you some months before you decided to release 1,027 prisoners, most of them convicted terrorists and murderers, in the Gilad Shalit transaction. The list included Ahlam Tamimi who is the murderer of our daughter Malki. We reminded you of the atrocities committed by Tamimi - the fifteen men, women and children she massacred and the pleasure she expressed on camera about her crimes. She had been sentenced to 16 life terms and the court had recommended that no consideration be given in the future to her being included in any prisoner swap deals. We urged you, before it was too late, to make the decision never to allow her to be released.

Our second letter was written very shortly after we learned of your government’s decision to surrender to virtually the full list of demands made by Hamas in the Shalit deal. We begged you to remove just one name – Ahlam Tamimi's – from the list of prisoners to be set free. That letter appeared in both the Hebrew and English editions of the Haaretz newspaper. It got considerable attention, but neither you nor any of your aides ever responded to us then or later.

Ahlam Tamimi walked out of the Israeli prison with a straight back, without uttering a single word of regret for her barbarous actions. On crossing to the other side of our country’s borders, she promptly embarked once again on a campaign of activity calculated to advance the terrorists’ agenda. Currently, she is the star performer in a weekly television program broadcast globally throughout the Arabic-speaking world, and whose essence is the encouragement of acts of terror.

On Wednesday afternoon, we received notification from your office that your government has made another decision for the benefit of this monstrous murderer. Her husband Nizar al-Tamimi was convicted in 1993 of the cold-blooded killing of a Jewish resident of the community of Beth El, Chaim Mizrachi, and the burning of his body, and was sentenced to life imprisonment. He too was released in last October’s Shalit deal. His release was conditioned on the requirement that he remain at all times within the areas controlled by the Palestinian Authority.

Now, we have learned to our horror, this condition has been removed. Your government has decided to permit Nizar al-Tamimi to cross the border in order to unite with his convicted murderer wife.

Once he joins her, there can be little doubt that we will be witness to an upgrading of the media celebration around the woman. The presence of the terrorist husband at her side will be a powerful enhancement to the global pro-terror platform she has established. It will be the impetus for additional acts of terror against Israeli citizens, and will make a mockery of Israeli law and deterrent policies. As well, Ahlam Tamimi, self-confessed, convicted, unrepentant and proud murderer, will now be free to enjoy a life of marital and family happiness.

Who can forget how this woman smiled joyously into the video camera on learning that the number of children whose deaths she caused in the Sbarro massacre of August 2001 was eight, and not three as she had presumed?

Since her return to her family and her homeland, Jordan, she has repeatedly assured television interviewers that she has no regrets. She says she would commit the same atrocity again if the opportunity were to arise. You argued in a televised speech to the nation last October that Gilad Shalit had to be returned even if the price of his freedom is terribly high. You maintained that ultimately, even if it does not seem this way, the Shalit deal was in our best interests.

We ask you now, Mr. Netanyahu:
There can be no doubt that the consequences of your decision will be negative in their impact on Israel’s deterrent capacity and its messaging to the world.

Your actions convey to us, the bereaved victims of the unjustly freed murderers as well as the Israeli civilians endangered by terrorism, that our welfare and security are not high enough on your list of priorities.

Before it is too late, take back this decision. Recall what you yourself wrote:

“A government that seeks the defeat of the terrorists must refuse to release convicted terrorists from prisons… Releasing imprisoned terrorists emboldens them and their colleagues… By nurturing the belief that their demands are likely to be met in the future, you encourage terrorist blackmail of the very kind that you want to stop. Only the most unrelenting refusal to ever give in to such blackmail can prevent this.” [“Fighting Terrorism: How Democracies Can Defeat Domestic and International Terrorists” – Binyamin Netanyahu, Farrar Straus Giroux, New York 1995 at Page 144]

Honor the principles of justice and decency on which our nation is based and remember the innocent victims whose loved ones are – yet again – experiencing unfathomable pain as a result of your choices.