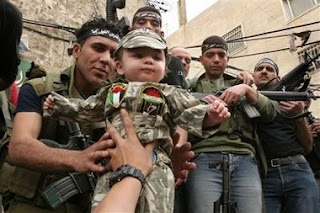 We report these attacks though they make for repetitive reporting and don't allow for that much analysis. But what can you do? We've discovered that there are very few places anywhere in the media world where a person can learn about the endless attacks on Israel and on the Jewish communities that live here. So to this morning's update:

Two more Qassam rockets fired from north Gaza (entirely controlled by the Hamas regime) landed in open fields in southern Israel, not far from the western Negev city of Sderot. Another landed a bit earlier just south of Ashkelon. No injuries and no damage. But that's not the intention of the perpetrators. They're single-mindedly interested in any damage, any loss of life, any outcome that will express their foaming hatred of everything and everyone on our side of the fence. What does this have to do with them asserting their right to a peaceful life and creating a better, healthier society for themselves and their families? Not much. Terrorism doesn't actually have any redeeming virtues.