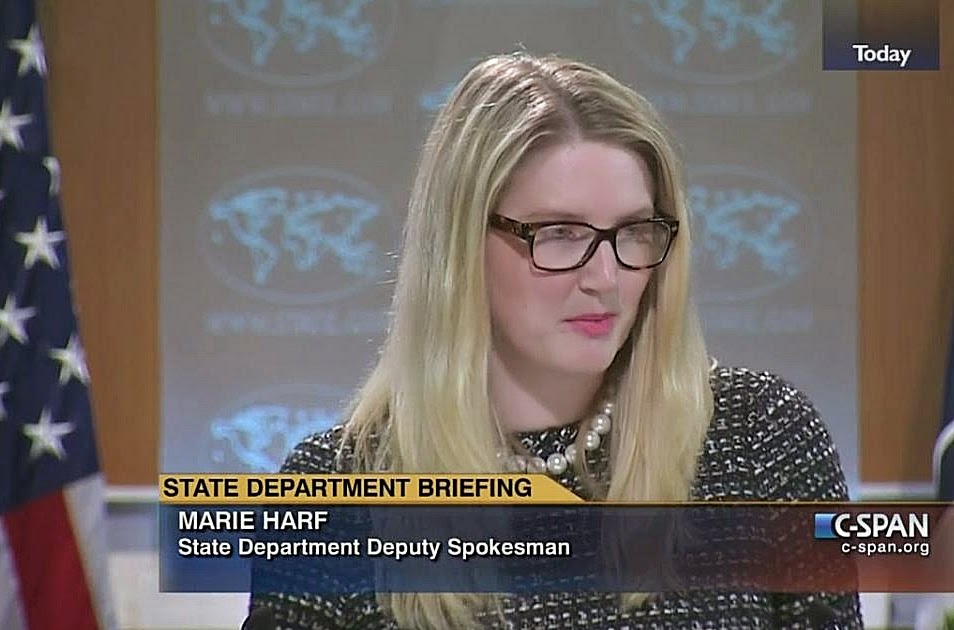 It's troubling to see the gyrations being performed by the US government as it convenes a serious-sounding gathering of policy makers and others on a subject for which they have chosen a strikingly context-free title.


White House Prepares for Summit on Countering Violent Extremism | Maya Rhodan | Time Magazine | February 16, 2015 | The White House will host a long-awaited summit on countering the behavior that leads marginalized groups and individuals to join terrorist groups starting Tuesday... The White House was careful to not single out any particular group as the main culprit of extremism at home and abroad, but Muslim leaders have already expressed concern that the event will lead more Americans to express fear and hatred toward the community...

President Obama has an editorial in connection with this CVE ("Counter Violent Extremism") in Tuesday's Los Angeles Times ["Our fight against violent extremism"] in which it's hard not to notice that the word Islam appears just three times - and each time in a way that conveys a distinctly defensive connotation: (1) "peaceful nature of Islam", (2) "how terrorists betray Islam". and (3) "the lie that the United States is at war with Islam". (Naturally those are all direct quotes.)

If you're anxious to find a robust engagement with the realities of Islamist terror, then the bad news you are going to need to look for it elsewhere,

But don't bother searching on the State Department website's announcement of the same event:


On Thursday, February 19, 2015, the Department of State will host Ministers and foreign leaders, senior officials from the UN and regional organizations, and private and civil society representatives to discuss a broad range of challenges facing nations working to prevent and counter violent extremism.

The word terror is not mentioned once on State's new CVE page. Nor are the words Islam, Islamist, Jihad, Arab, Moslem or Muslim,

It happens that the State Department and we have some shared history on terror and semantic distinctions. It's something we have mentioned here quite a few times (here's a summary with links).


A persistent reporter tackled the State Department's deputy spokesperson Marie Harf [earlier today] on whether the murderers being bused tonight into the waiting arms of the two Palestinian Arab regimes are (a) freedom fighters or (b) terrorists.

Most people will think this is pretty easy to answer. But most people are not the spokesperson for the State Department. Here's an edited extract of the bizarre exchange that ensued (source: Washington Free Beacon; it's also captured in this video clip):

As we said then and believe now, something seriously wrong is going on here. This was a paradigm, a teaching moment, even if few people watching realized it. The Obama Administration State Department's spokesperson was being asked to react to the release of Palestinian Arab terrorists, all of them convicted of murder, all of them having spent many years in prison. More specifically, she was also being asked to react to a letter sent to Secretary Kerry by a group of Israeli families whose children had been murdered by Palestinian Arab terrorists and who were astounded that the United States was pressuring Israel to free the homicidal convicts, not one of whom had served out a complete sentence.

We (the couple behind this blog) drafted and sent that letter a day earlier to the State Department on behalf of the other families.So naturally we paid close attention to what Marie Harf, speaking for John Kerry, said about it:


Roth signed a letter sent Tuesday to Kerry asking him for a meeting. “Meet with us,” wrote Roth and 16 other family members of victims. “Let us explain why being complicit in turning the killers of our children into heroes and ‘freedom fighters’ must not be part of any policy befitting a great nation and moral exemplar like the United States...” Marie Harf, deputy spokeswoman for the State Department, told The Daily Beast, “We’ve received the letter today, and we’re reviewing it.” [Eli Lake, writing in The Daily Beast, August 14, 2013]

They are almost certainly still "reviewing" it. We barraged them with emails and Tweets in the hours and months that followed but, against all the laws of physics, politics and simple good sense, no one from State ever did answer.

It's possible we erred in asking Ms Harf and her boss whether the US sees those convicted and still unrepentant Palestinian Arab killers of unarmed Jews as terrorists. Maybe we should have let them say violent extremists. That might have pushed the State Department people into conceding that they have no idea what those words mean.

Nor do most people, which is probably why that's how they chose to characterize this week's Washington gathering.