19-Apr-22: To our friends in the Democratic Party

Twitter is where much of our messaging appears these days. It has lots of advantages - you can say things briefly, it gets immediate attention, the audience is large. But once your tweet appears, it's often a matter of a few days at most and sometimes just hours before the attention and the audience move on.

Last week, we posted a thread of tweets that addressed supporters of the Democratic Party. The introduction said this:

We're not involved in US political life. We don't favor GOP over Dems or vice versa. And as parents of a murdered American child, we know our fight for justice is non-partisan. But if you stand with @TheDemocrats, please take 2 mins to read the heartfelt appeal in this thread:

The thread got gratifying attention.

But it's an important message, one which so far has not attracted any response at all from the people we especially want to reach: the decision-makers among US Democrats. So here it is as a blog post.

To our friends in the @TheDemocrats:

The extradition of @Sbarro monster, @FBIMostWanted fugitive #AhlamTamimi, has been blocked for years by Jordan. It obscenely opposes US efforts to prosecute her and says the 1995 extradition treaty obliging them to hand her over is invalid. 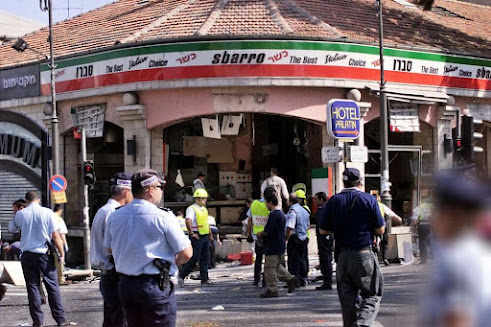 The Sbarro pizzeria is where our daughter Malka Chana Roth was murdered along with many other innocents, most of them children, in a 2001 Hamas outrage spearheaded by Jordanian fugitive Ahlam Tamimi. Click for background.

But it is valid. #Tamimi doesn't deny her key role in the murder of our daughter Malki, 15. Since 2012, my wife and I have pressed the relevant parties to end this charade and get the fugitive into @FBI custody. That we haven't succeeded isn't for lack of trying. 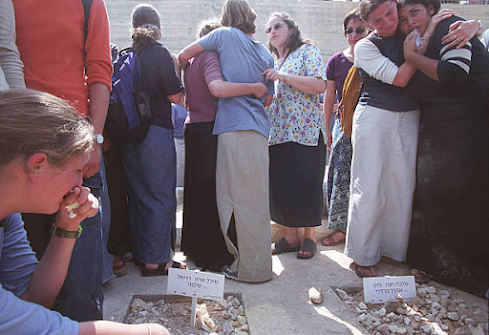 Malki's fresh grave, the day after her murder. Beside it, the grave of
her closest friend Michal [Image Source: Getty Images]

To our dismay, the @StateDept keeps wanting what we want - #Tamimi in US court facing US justice as US law requires - but says it via what we view as pointless mantras... while routinely praising and rewarding Jordan at every opportunity. Clearly something's wrong. 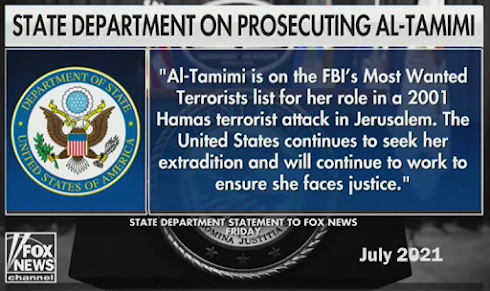 In the past four months, helped by devoted allies, we asked Members of Congress to sign a letter asking fair and respectful questions about this. It's published here: https://thisongoingwar.blogspot.com/2022/03/30-mar-22-lawmakers-to-secretary-of.html

It's one of the few ways we can draw US gov't officials' attention to the injustice. 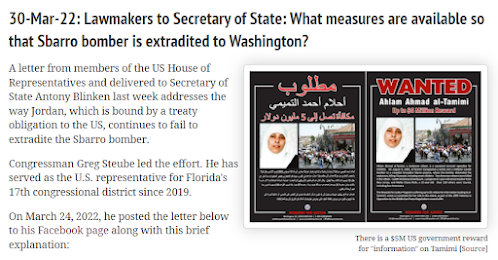 There's nothing about the murder of our child and the other American victims in the @Sbarro massacre that ought to divide Americans. This can't be a partisan issue - not if justice means anything. And yet not a single Democrat lawmaker consented to sign. This stuns us. 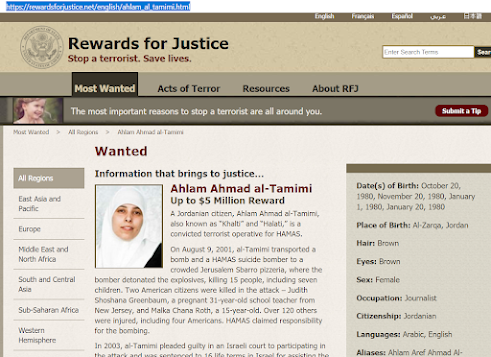 We also reached out to prominent Democrat figures who aren't in Congress. We have no wish to embarrass them but they could hardly have been less helpful. We're now afraid @TheJusticeDept effort to bring #AhlamTamimi to US justice is becoming a US domestic football. We must not let that happen. Doing justice is a sacred mission. But if half the US political spectrum is acting as if it's opposed but never saying so, that's alarming. We ask you to stand up and support this important cause. And we're asking your voters to sign our petition: 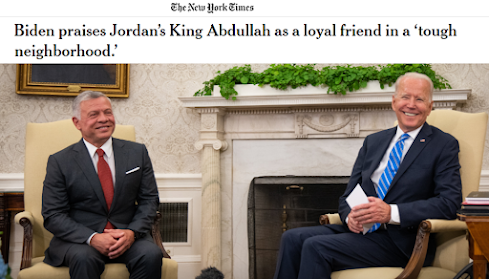 To express support and to stand with us as we keep urging the government of the US to explain to Jordan what the 1995 treaty requires it to do, please sign here: change.org/ExtraditeTamimi

Together we will make this happen. 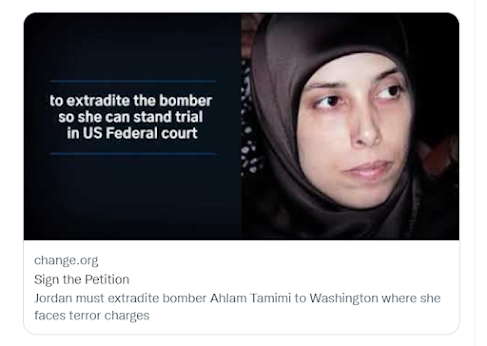 If you know people who are decision makers in the Democratic Party, people who have a passion for making justice happen, we would very much appreciate you passing our message along to them. Thank you.