22-Nov-14: What youths and children are good for

We posted here some weeks back ["07-Nov-14: In reporting terror, what the perpetrators and their victims are called is part of the war"] about the practice in some parts of the media to use descriptive words like "youth" and "man" in highly subjective ways. A pedestrian mowed down by a murder-minded Arab in Jerusalem is called a "17-year-old man"; the victim was, of course, an Israeli. Meanwhile, a "20-year-old youth" attacked police; he is, of course, a Palestinian Arab. There are other instances of this tendentious form of news reporting in that post. They lead us to say (as we did) that


those of us deeply irritated by the way news editors often spin an entire report via the judicious choice of specific words can't help suspecting there might be a little something on display here about agenda-driven reporting and editing.

Take a look at a report currently on the front page of the Palestinian news-site Maan:


A Palestinian youth was attacked and beaten by a group of Jewish settlers at Damascus Gate near the Old City of occupied East Jerusalem on Friday night, a local political activist who was present at the time of the incident said. 22-year-old Ahmad Yaqub al-Ghoul lost consciousness as a result of bruising and bleeding he suffered after three Jewish settlers described as being in their 20s hit him... [Maan]

This Palestinian Arab "youth" is 22 and the attackers "in their 20s" are not men, youths or boys but merely "settlers",

Over at Israel National News, they have some insights today into what is being done to youths - real youths, children below the age of thirteen - in the Arab quarters of Jerusalem. It's sickening:
The child abuse industry that produces outcomes like those gets pathetically little exposure, and even less understanding, outside the Arabic-speaking world. [See "3-Mar-13: Incitement to terror: Understanding the Palestinian Arab official view on what children are good for"]

Television programs directed at children in pre-school, elementary and high schools make this plain to anyone willing to wade through the Arabic sources. A small proportion of them are translated to English, like a gem (we selected it literally at random) called "When we die as martyrs" from which these screen shots below come. It's impossible to watch the whole 3 minute atrocity and remain ambivalent. The children's sweet voices coupled with the murderous hatred of the words put in their mouths by instructors and parents make for classical cognitive dissonance - the screen shots alone don't come close to conveying that. 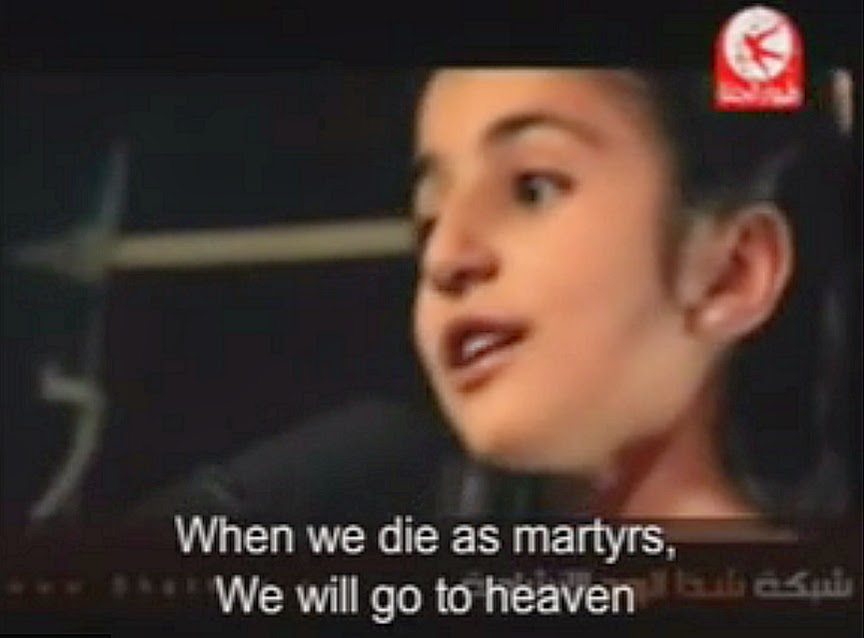 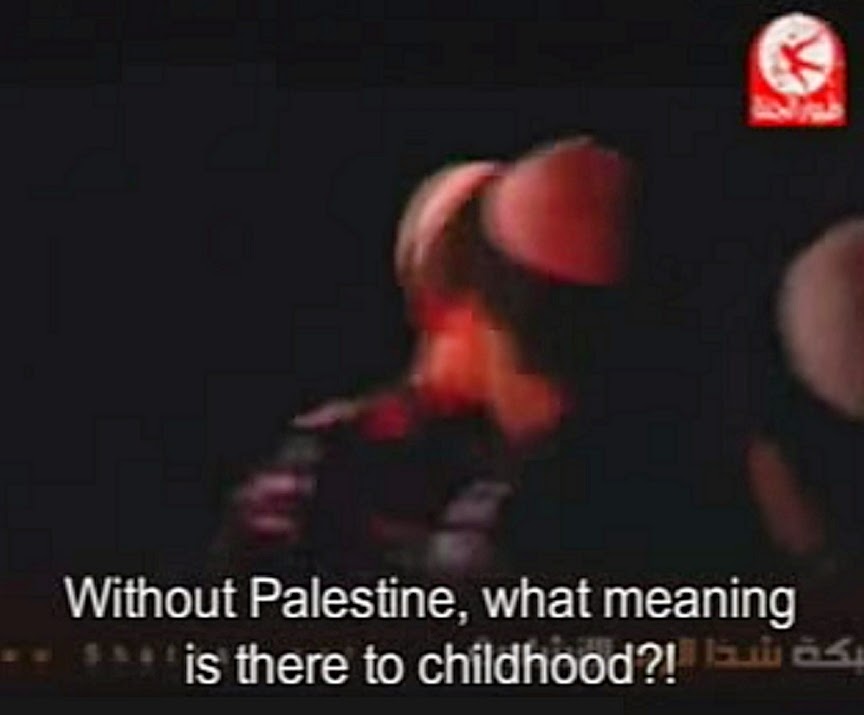 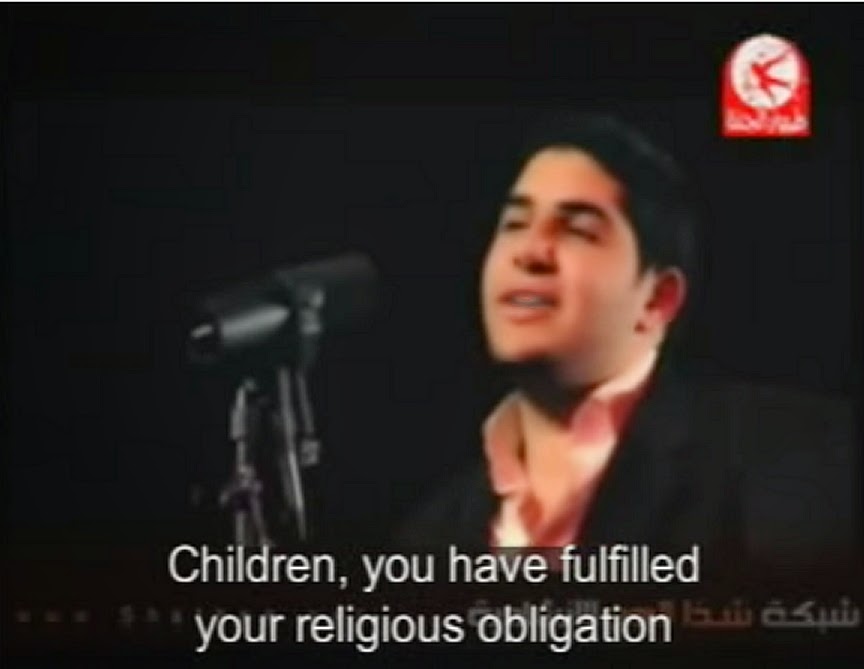 Universal Children's Day took place just two days ago, on November 20. The annual event might have been the perfect opportunity to shine a bright light on the programming, the brain-washing, the hate-focused preaching, the terror-friendly education that are all indispensable ingredients in the process of producing terrorist youths. But of course they were not.

In a post we wrote just before UCD ["02-Nov-14: Understanding what they really mean when the terrorists say children are their main concern"], we quoted an impeccable Arab source who notes that the principal Palestinian Arab terror groups, Hamas and Fatah. long ago discovered that children are one of the most effective tools in the fight against Israel - especially because of the damage it causes to Israel in public opinion terms. And by blaming Israel for "deliberately" targeting children and women, they can count on the readiness of the mainstream media in the West to endorse the claims without question.

Not for the first time, we are left wondering why UNICEF, Save the Children, Amnesty, Terre des Hommes, International Red Cross and Red Crescent Movement and so many other well-funded, high-profile, public-interest organizations with children at the heart of their agenda take so little interest in this unfolding tragedy.