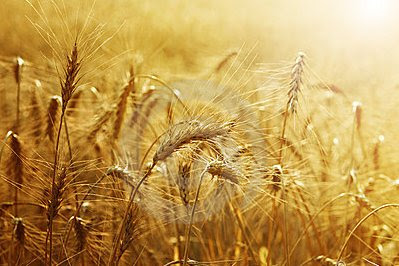 Few people know better than we about the phenomenon of terrorism fatigue. You can see from looking that many people reach a certain capacity to internalize news about acts of terror, and then stop absorbing and internalizing even while knowing the dangers that terrorism potentially represents for them.

For those like us, the writers of this blog, whose lives have been permanently and very painfully impacted by terrorism and terrorists, terrorism fatigue - in others, including friends, news editors, public figures - compounds the sense of isolation that is an inevitable aspect of becoming victims of terror.

Unfortunately, the way we see things, terrorism whether we absorb it and internalize it or not, is part of the lives of everyone we know. It's central to the complicated state of relations among countries, and a very real and practical factor to be taken to account in almost everything worth thinking about. (More about that another time.)

We're also believers, moreover, in the idea that you can learn more about the fine details of large phenomena - the human stories, the events that sometimes fall off the edge of the news page, the things not covered by the conventional reporting channels - than from the headlines. That's one of the reasons we, as parents of a child murdered by terrorists, do what ordinary people can do to try to keep her memory alive, and try to convey to others some of the things her death and the range of reactions to it have taught us about how life works. [A reminder to please visit the website of the Malki Foundation.]

We noticed a report this morning on Israel National News [here] that mentioned a young woman, Kinneret Mandel. Her death by murder has not budged from our memory. We wrote about it here on this blog of ours seven years ago almost to the day, on October 16, 2005:


Drive-by: A Palestinian Arab vehicle speeds past a bus stop at the busy Gush Etzion junction, and the passengers shoot the people standing there waiting for a bus. Three young Israelis are killed; 3 others wounded. Two of the dead are young women: Matat Rosenfeld Adler, 21, who was married 3 months earlier (pictured right, as a radiant bride); and her cousin Kineret Mandel, 23. The third is a 15 year-old boy, Oz Ben-Meir. Fatah's Al-Aqsa Martyrs' Brigades claims responsibility.

You don't easily forget the image of two radiant young women, one a brand new bride and the other her cousin, being the subjects of a report about a car load of killers firing to kill as they stood waiting for a bus just a few minutes drive south of the nation's capital. At least, we don't.


New Type of Wheat Named for Terror VictimKinneret Wheat is named for Kinneret Mandel, who was gunned down by Arabs at age 23.
Gil Ronen [Israel National News]
A new strain of wheat developed in Israel has been named for Kinneret Mandel, who was murdered seven years ago at the age of 23. Kinneret, her 21-year-old cousin Matat Adler, and 15-year-old Oz Ben-Meir were slain by Palestinian Authority terrorists as they stood at a hitchhiking stop in Gush Etzion. Kinneret's father, Itamar Mandel, is in charge of field crops for the Har Hevron regional authority. When he was sitting shiva in mourning for Kinneret, a friend from a seed company came to comfort him. As he looked through family albums he saw a photo of Kinneret standing in the middle of a field of wheat and said to her father: "This girl deserves to have a special strain of wheat named after her." “Kinneret’s life was cut short and we thought that wheat, one of the symbols of life, would be a very nice memorial for her,” her father said. The new strain, Kinneret Wheat, grows well in areas with harsh climates. It is suitable for areas that have 100-200 millimeters of rain annually. It will soon be planted in different areas in Israel and the world.

We don't know the Mandel family who lost a daughter and a niece to a calculated act of savagery in one awful day. But we can relate to, and feel for, what the injustice and horror felt like to them.

We can also empathize with - and feel proud of - the feelings that brought the father to connect his child's death with something wholly good: the development of something new in the world, something that will feed people, something that will add value to the lives of others. It's a Jewish response, illuminated by the tradition of our people to respond with acts of chesed to life's greatest challenges.

With apologies to any terror-fatigue victims reading this, and to give a real-world context: the people who claimed credit for Kinneret's killing, the Al-Aqsa group, are proscribed as an illegal terrorist organization by the governments of Israel, the United States, Canada, Japan and the European Union [references here]. The savages of Al-Aqsa are deeply enmeshed [source] within the Fatah organization which is headed (as so many seem to forget) by the bogus 'moderate' head of the Palestinian Authority Mahmoud Abbas.

When the first delicious bread from the wheat named in Kinneret's memory gets baked, we wonder if Shakib Baher Shakib al-Awaiwi, who was sentenced to eight life terms in prison for her murder (along with three other thugs) will bring himself to taste it.

He won't have to wait for his Israeli jailers to serve it to him. He was one of the 1,027 bombers, stabbers, killers and other terrorists who walked free a year ago as part of the Shalit deal. Kinneret's family went to court in October 2011 to try to prevent the injustice and insult of the extorted "gift" handed to their daughter's murderer. But like all the other families who did something similar, us among them, they failed.