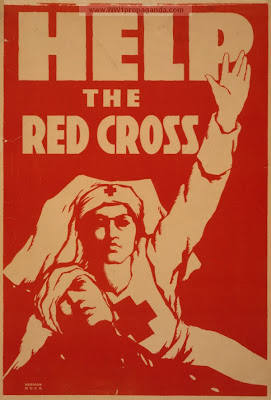 In Jerusalem today, the police along with Shin Bet agents arrested two senior Hamas people: Muhammad Totah and Khaled Abu-Arfa. Ynet calls them "activists from east Jerusalem", while reports from Egypt describe them as "law-makers" without actually pointing out how out of date that affiliation is: the Palestinian parliament has held no sessions since 2007.

The interesting part is that Totah and Abu-Arfa have been taking refuge inside the International Committee of the Red Cross building at 8 Nabi Shu'eib Street in east Jerusalem's Sheikh Jarrah neighborhood  for the past 18 months. (Those facts are confirmed by the ICRC, according to this report.) There had earlier been a third member in their little party, another Hamas man by the name of Ahmad Attoun. He was lured out and arrested several months ago.

This source reported back in March 2011 that the Hamas fugitives were themselves personally involved in the kidnapping of Gilad Shalit in 2006. They were to be deported from Jerusalem in summer 2010, but fled instead to the Red Cross building in Jerusalem on 1st July 2010 where they


"held court on a daily basis with no protest from their hosts... During that time, they've held a number of press conferences and met with foreign dignitaries, including former U.S. President Jimmy Carter. Every Friday, dozens of East Jerusalem residents gather at the Red Cross to hold prayers as a show of support."

The Jerusalem Post says today that the Hamas fugitives had been quite open about their goals with their Red Cross hosts. They notified ICRC officials from the first that they planned to hold protests on the Red Cross premises to draw attention to "their situation". Evidently no one inside the Red Cross objected. Instead:


"The Red Cross has provided the politicians with a room inside the building where they can sleep and keep their belongings, a bathroom, electricity for their large protest tent, and a water cooler, it is understood. Family members came daily to bring food and clothes." [JPost]

Ten months ago, when the CBN report was first published, a spokesperson for the Red Cross, Cecilia Goin, said "hosting" the Hamas fugitives was "in line with the organization's humanitarian mission". She made no reported comment on the terrorist nature of the Hamas mission, which to us seems a bizarre and disturbing omission for a humanitarian body's official representative.

The ICRC has a relatively proud history - with some question marks. Started in 1863 as "an independent and neutral organization" and based today in Geneva, its mandate stems from the Geneva Conventions of 1949. With 12,000 people in 80 countries, its work is funded by donations. The ICRC's sole objective is


"to ensure protection and assistance for victims of armed conflict and strife. It does so through its direct action around the world, as well as by encouraging the development of international humanitarian law and promoting respect for it by governments and all weapon bearers."

The ICRC's activities in our part of the world have not been without controversy. For decades, the ICRC refused admission to the Israeli Magen David Adom organization, Israel's national emergency service. The ostensible reason was that MDA uses a Jewish symbol, the star of David. The MDA request to join came in 1931, and was accepted only in 2006 - seventy-five years later. In 1929, the ICRC approved the use of the the Red Crescent and Red Lion and Sun. The Jewish star was evidently a step too far.  In a March 2000 letter to the International Herald Tribune, Dr. Bernadine Healy, then president of the American Red Cross, wrote:  "The international committee's feared proliferation of symbols is a pitiful fig leaf, used for decades as the reason for excluding the Magen David Adom — the Shield (or Star) of David." In protest, and starting in 2000, the American Red Cross withheld millions in administrative funding to the International Federation of Red Cross and Red Crescent Societies (IFRC).


Meanwhile elsewhere in the area: Ynet reports this afternoon that undercover agents arrested two Hamas terrorists near Jenin in the Fatah-controlled West Bank earlier today. The two were in possession of an improvised weapon which, according to the suspicion, they planned to use in a shooting attack on Israeli vehicles.