30-Jun-14: The message of the murdering terrorists, its logical outcome and the indispensable support that enables it 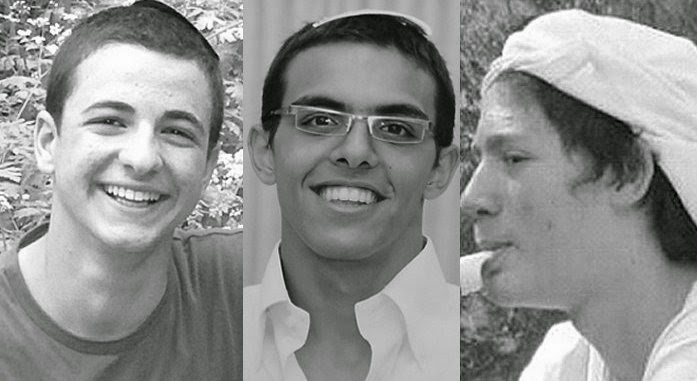 A reminder - at this time of intense pain and anger - of the constant encouragement to engage in acts of terror, abduction and murder emanating from the Hamas terror organization and the men who stand at its head. But not only them.
(Hat tip: TIP)

We know from painful personal experience how utterly dedicated to the murder of Israeli children the terrorists with "free our prisoners" branded onto their foreheads are. In particular, the former prisoner and convicted murderer who hosts a weekly television program beamed throughout the Arab world, calculated to arouse hateful people to acts of extreme cruelty in the name of the prisoners. Background: "17-Nov-11: A monster walks the streets and she has many accomplices"

But they are far from alone.


The moral stupidity that their campaigns have encouraged among their people are more than matched by the actions and failures of others located far from Gaza.

It's timely to remind ourselves of the clear and articulate encouragement by the World Council of Churches of the Palestinian Arab strategic focus on prisoners - many of them convicted murderers - held in Israeli prisons. See "11-Jun-14: Where does this strategic deafness and moral blindness at World Council of Churches lead?" It will be interesting to see if they can bring themselves to compose a public response that actually condemns the terrorists and empathizes with the Israeli victims. We expect something preposterously and dishonestly "balanced" and therefore meaningless, if they put out anything at all. We'll see.

And it's appropriate that we remember how the Kerry State Department, confronted with a choice between recognizing convicted Palestinian Arab murderers in Israeli prisons - charged, convicted and sentenced for their crimes - and looking the other way found it expedient last year to say it does not actually know whether those men are what the Israelis say they are, or are "political prisoners" and "freedom fighters". It's on video here ["14-Sep-13: Memo to Secretary of State Kerry: Your staff need some urgent guidance"].

We have sought, and failed to get, clarification from the State Department and its Diplomat in Chief on this for a year ["9-Apr-14: Analyzing the failure, what role did the Kerry State Department play?"]. Perhaps it will come, too late, now that the three innocent abducted boys are no longer alive.