22-Nov-13: More than most readers want to know about behind-the-scenes editorial decisions at NY Times 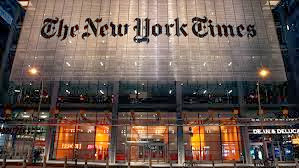 Perhaps you have to be personally hurt, like us, by the ideological spinning of the editors at the New York Times to get worked up over this. (Two of our posts - “28-Jun-07: About sweet-faced young women” and “30-Mar-13: To see the NY Times gloss over this travesty of justice is journalism of the most amoral sort” - give a sense of what we mean.)

A week ago ["14-Nov-13: To really understand about terrorism's victims, can't beat the New York Times"], we described how, when confronted with the typical editorial challenge of how to illustrate a news item about the murder of a teenager, the NYTimes editors chose what we have seen them do before: focus on the killer’s mother, and reach for the heartstrings.

The news item came from our part of the world: Israel. Both the victim and the person who slashed him to death were males in their teens. They did not know each other. The victim was sound asleep on a bus when the killer lunged at him with a knife, savagely slashing at his neck and chest.

Given the large numbers of reporters and photographers working for the world’s news agencies in Israel, the generations-long conflict between Arabs and Jews generates voluminous quantities of photographic material. An editor who says he had a hard time finding a suitable image to illustrate a story emanating from here should not be believed.

The NY Times report (written over the bylines of Isabel Kershner, Jodi Rudoren and Said Ghazali) appeared on November 13 and featured a prominent and emotionally-rich photograph. It happens to have been of the killer’s mother. Ours was not the only complaint the NY Times editors got that day.

Six days later, the Public Editor of the NY Times, Margaret Sullivan, apologized under the heading "Photo of Palestinian Mother Was the Wrong Choice". An extract:

The foreign editor, Joseph Kahn, told me that reporters and editors do their utmost to present news on this topic accurately and fairly. “We are, have been and need to be very attuned to the message that images, as well as words, send to readers on one of the most delicate subjects The New York Times covers,” Mr. Kahn said. “We don’t always get it right.” The prominent use of this photograph was a case of getting it wrong. [NY Times]

By no means a great admission. It also left us and others with a feeling that it was not the most sincere of apologies. We felt, as well, that it failed to grapple with the real nature of what was wrong, and we shared our hesitations here: “19-Nov-13: After today's NY Times apology, a request of its Public Editor”.

What happened next is interesting. Nothing.

Two days ago, on November 20, we updated our earlier post with a reference to one of several Tweets we had sent to people at the NY Times. We told our readers that although it was two days since the Public Editor of the New York Times had said "The prominent use of this photograph was a case of getting it wrong", the photograph - wrong or not - remains just as prominently displayed as before in its original location.

The Public Editor’s apology is not referred to in the original article, which remains online: not mentioned, not linked, not taken seriously. In a word, meaningless editorial lip service. An exercise in casual fig-leafery, you might say. We do. (This here is the original location. Readers might want to click now to see if the status is unchanged.)

We sent several more messages after that to various people at the NY Times including the Public Editor and the NYT bureau chief here in Jerusalem, Jody Rudoren. We got no response.

Yesterday, a reader posted a comment here about this. He wrote:

“I have inside information that (a) the NYT does not consider the Public Editor's words an apology but simply a column; (b) the digital edition will not be changed.”

The evidence suggests he's right. (Here is his blog post on the same issue.)

Most people, including most of the NY Times readers, will yawn and move on, though we wonder if they would be as apathetic if the photo of the killer's mother had illustrated, let's say, the report of a young man in a hoodie being killed for no good reason.

For us, we happen to think there is something illuminating in what has just happened and what did not. It fully deserves to be taken into account when the role of the media in general and of that paper in particular are analyzed for the role they play and their impact on events. (Google "Lethal Journalism".)

We plan to come back to this shortly. Meanwhile, can we refer you to a recent ad that got some coverage in the US? It's below. The lovely girl in the photo is our daughter, Malki.