19-Jun-13: We actually do understand why Arab states put almost no money in the Palestinian Arab "refugee" fund pot. We just don't get why the US does.

Last year, we asked [in a post called "5-Jun-12: If there's one single thing about UNRWA that we wish people understood, it's this"] a question that, if it were to get an honest answer, might point to a genuine breakthrough in resolving our neighbourhood's problems:


If (to borrow the laughable claims made by its many supporters) UNRWA's work is so important, if it brings us closer to peace, if it restores dignity to the lives of dispossessed and destitute Arabs, then why, when you look at the top twenty list of donors to this agency that exists entirely from donations, do you see that only one is Arab (the Islamic Development Bank). What is it about UNRWA that the Arab states understand better than the nations and tax-payers of the West?

Allow us to restate this in a simpler way:


Arab leaders, many of whom preside over phenomenal cash resources, (a) simply don't give to the strange UN agency that exists specifically to support the most beloved cause that exists in the Arab world - the Palestinians. And (b) they fail to honour their pledges (as we noted above) to fund the one organization that can do something to relieve the genuine suffering of the Syrians, tens of thousands of whom have been killed in the past two years' Arab-on-Arab fighting and millions of whom are now desperate to find shelter.

The role of rampant hypocrisy in explaining what happens in global politics is under-appreciated.

The United States donates US$ 123m to UNRWA | 18 June 2013 | Amman | The United States announced a new contribution of US$ 123 million to the United Nations Relief and Works Agency for Palestine Refugees (UNRWA), which will enable the Agency to continue its work serving a population of some five million registered Palestine refugees in the region. This latest donation brings the total U.S. contribution to UNRWA in 2013 to US$ 244.5 million... U.S. Deputy Assistant Secretary of State Kelly Clements reaffirmed the United States support for UNRWA services, saying: “The United States has been proud to work with UNRWA for many years. We remain committed to supporting their efforts to help Palestinian refugees receive the services that they need.” ... For more information, please contact: Christopher Gunness, UNRWA Spokesperson, Mobile: +972 (0)54 240 2659, Office: +972 (0)2 589 0267 c.gunness@unrwa.org [UNRWA]

If you're reading this, Mr Chris Gunness, UNRWA Spokesperson, please - in your own words - tell us how we should understand this press release when it speaks of the United States being proud to work with UNRWA.

Should the US be proud of the way UNRWA has resolved the challenges facing the Palestinian Arab refugees? Has anything been resolved with them or for them or by them? Are there now more refugees among them, or fewer, compared with one year ago; or five years ago; or sixty years ago? Is there another class of refugees anywhere on earth, in the history of man, that has seen this kind of growth over two generations? Should this cause us to be proud?

And how do you personally, Mr Gunness, explain the utter failure of the proud, brotherly Arab states to put their hands in their own pockets for the Palestinian Arabs? Should we draw any conclusions from this?

Actually we don't expect a response from UNRWA. So here are the key verifiable facts.

Who, according to UNRWA rules, is a Palestinian refugee?

"Palestine refugees are people whose normal place of residence was Palestine between June 1946 and May 1948, who lost both their homes and means of livelihood as a result of the 1948 Arab-Israeli conflict." [Source:UNRWA]

Meaning to qualify as Palestinian Arab refugees. they only had to be living in the area for two years. (Now be honest. Are you not surprised to learn this?) But it gets worse. 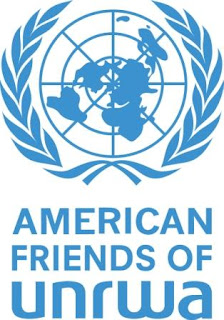 Two years of qualifying, and then they are refugees for all eternity. That 'eternal' aspect is facilitated by an UNRWA policy decision made in 1965 that extended the definition of Palestine refugee to all the descendants of those refugees who are male. Palestine refugees, against all logic and unlike every other kind of refugee, can and do bequeath their "refugee" status to their children, grandchildren, great-great-great grandchildren and on and on and on.

Their numbers have exploded, and they keep growing. There are now seven times as many of them as when the farce began. And the numbers can only keep increasing.

So what if they then become citizens of another state, even another Arab state? Are they then still Palestinian refugees?

And if they are living within an easy walk of the homes they occupied for those two years, are they still classified Palestinian refugees?

If today they are living in villages, towns, cities that are ruled by the Palestinian Authority, have license plates on their motor vehicles that say "Palestine", have passports that bear the name "Palestine", have an ambassador sitting in the UN General Assembly behind a sign that reads "Palestine"... are they still "Palestinian refugees"?

Alright, alright. We understand the game. And to be fair about this, we can see why the Arab states and the apologists for the Palestinian Authority and for the Hamas regime want these idiocies to keep happening. They see themselves at war with Israel and, in their eyes, everything is legitimate when you are at war.

But the United States?

Not that we can explain how this decision was made by the decision makers in Washington, but we did notice that UNRWA set up a Washington D.C. “liaison” office in 2011. As Jennifer Rubin explained in the Washington Post ["Is the U.N. making the Palestinian ‘refugee’ problem worse?", WP, May 23, 2012] last year

With whom is it liaisoning? Mostly Congress, it turns out. U.S. law forbids the United Nations from lobbying Congress, but as we learned with Newt Gingrich “lobbying” or a “lobbyist” is in the eye of the beholder. UNRWA employs two full-time staffers in D.C., both of whom have loads of experience on Capitol Hill. Chris McGrath is a former aide for Sen. Harry Reid (D-Nev.); his boss, Matthew Reynolds, worked in legislative affairs for the State Department. I was assured no “lobbying” goes on, but they do meet virtually nonstop with lawmakers — appropriators are key — to answer questions about how taxpayer dollars are spent, why UNRWA’s work is important and how it makes sure money isn’t going to terrorists. It seems American tax dollars are going, in part, to fund this office that in effect makes sure Congress doesn’t get fed up and cut off the money flow.

But at the end, we're still wondering whether anyone in Congress asks the simple questions we ask here, and whether they get answers that make sense.

To be really candid, even if they did, when you look at who does give money to the UNRWA's bottomless pit, and who does not (and we mean the Arabs), all that explaining just stops working for us.

In this ongoing war, UNRWA is not part of the solution. It's central to the problem. And the US is ensuring it stays that way.

Does anyone really know why?