19-Oct-12: Lawyers and killing children - there is a connection and it's much larger than you might guess 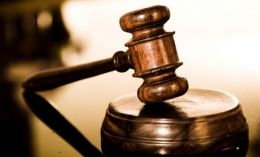 It happens to be that we're both lawyers here. And while lawyers come in for more than their fair share of criticism, it's clear that like most professional groups, some are good, some are bad and some are just ugly. We have some observations about lawyers from that third group.

One of the world's respected associations of lawyers has just made a special award in honour of one of its deceased members. Her career was not long. But it was not the quality of her contract drafting, her client interview technique or her appearance work before the courts that earned her the award. It's the way she departed from the profession.

And quite an award it is - described by the association who created it as "the highest honor awarded by the Union in esteem for any lawyer in the Arab homeland" [source].

Now think for a moment before you read on. The fact that you saw the word "Arab" in that last sentence - does that change your expectation of the ethical values embodied in that award? Does it lower the bar for you (double entendre fully intended)? We hope not, because there is no acceptable reason for us to assume these lawyers, compared with lawyers from other places, should be held to a different standard. The legal profession operates globally, and lawyers and their clients are entitled to know if and when the law is being ridiculed or abused by its practitioners.

The award about which we are writing was presented in the form of a plaque to the family of Hanadi Jaradat, formerly from Jenin in the Palestinian Authority territory, "on the sweet anniversary of her martyrdom". It's formally signed by the chairman of the Arab Lawyers Union, Palestine Committee [source].

Here's what the honoree did.

On October 4, 2003, she walked into a restaurant called Maxim, on the seafront at the southern edge of Haifa. It was popular with both Israeli Arabs and Israeli Jews and a symbol of peaceful coexistence in a city that has long had that kind of character. She exploded, and took with her 21 innocent lives including two complete family groups, among them an infant of two months.

The planners of the massacre were sentenced in an Israeli court to many life terms in prison [Haaretz report].  Incidentally Hanadi Jaradat was not a lawyer at the time, but a law student who was going to qualify as a lawyer a few weeks later [Wikipedia]. A small detail that changes nothing in this ugly story.

Killings, death, families who bask in the glory of the murders carried out by their loved ones. Nothing at all new in any of this when, as we do, you look closely at the culture of terrorism and hatred that has been the hallmark of the society living just the other side of the fence from our home.

But what's striking in this particular tale is the connections that are involved, and the silence from those who professionally are connected with the terror-intoxicated charlatans who call themselves the Arab Lawyers Union.

First the ALU itself: the Union's home page says it is headquartered in Cairo, with consultative status at the United Nations Economic and Social Council (ECOSOC) and the International Labour Organization (ILO). It is an observer at the NY-based International Association of Democratic Lawyers (IADL) and the International Legal Assistance Consortium (ILAC) and is accredited to several UN committees. It proudly states that it took a role in founding the Arab Institute for Human Rights (AIHR), and has more than 200,000 individual lawyer members and 27 bar association members.

The good people at UNESCO might be surprised (or not) to learn what ALU actually stands for. Here is the entire description of its work that a visitor to the UNESCO site is given:


Act in the interests of the Arab Nation to achieve its national objectives; facilitate contacts between Arab lawyers; safeguard and develop legislative and judiciary language; assure the freedom of lawyers in their work and the independence of magistrates; allow all Arab lawyers to take cases in any Arab country; harmonize the conditions of the legal profession; establish and harmonize links with international legal organizations; restore the study of Muslim law as a basis for law; promote and protect human rights. [UNESCO]

So it's all about harmonizing, facilitating, safeguarding and assuring, right? Not so fast. Here, from the Arab Lawyers Union website, is the way the ALU itself describes its mission [selected points]:
What do you think? Did the UNESCO people read the ALU mission statement and then decide to ignore it? Did they fail to do minimal due diligence before posting a descriptive paragraph that entirely skips the ALU's hatred of Zionists? Will they be surprised to know where the ALU stands on the murder of children?

Alright. So now that the ALU has chosen, of its own free will, to honour a woman who murdered a two-month old baby - actually, because of that murder and the others she committed that day - what is the response of the professional and human rights organizations to which the Arab Lawyers Union is affiliated?

Silence is an option. But it's a deadly and immoral one.

What will ALU's fellow members in the ILAC (just as an example) do and say now that they know what ALU actually stands for? Who are those fellow members at ILAC? Well, they include the American Bar Association (ABA), American Judicature Society (AJS), Bar Council of England and Wales and  Canadian Bar Association among many other serious and respectable bodies. Will they stare off into the distance and pretend they heard and saw nothing? Will their members drop the issue because, as potatoes go, this one is too hot?

Shakespeare famously wrote "Let's kill all the lawyers". Frequently misinterpreted, the line really expresses the revulsion of society when lawyers engage in immoral, unjust and hateful actions. But then what should  society do when it's the lawyers who are doing the killing?

[Hat-tip to the energetic people at Palestinian Media Watch for creating awareness among English speakers of this award-granting lawyer scandal.]


This is despicable,yet sadly I have gotten to the point that nothing shocks me anymore when it comes to some Arab people's hateful,cruel attitude towards Israelis.

So many innocent lives have been destroyed by these people's hatred.


One story that has always touched me in particular about the suicide bombing at Maxims, was the story of the 9 year old boy who lost his father and siblings,and was left blinded by the bombing,yet refused to let it destroy him,and went on to compete in the Special Olympics.

Unlike the bomber who let hatred destroy not only her life,but the lives of 21 innocent people who had never done one thing to her.