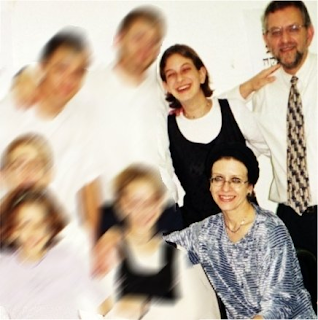 The article below is cross-posted from Frimet Roth's The Good, The Bad, The Ugly blog and was authored by Frimet.
It was published there on March 15, 2021 under the heading A call to President Biden. Please check out the video clip at the bottom; we produced this - with the help of talented friends - to mark the anniversary about which Frimet writes.

Exactly four years ago, during the evening hours of March 14, 2017, Department of Justice and FBI officials invited my husband and me to a meeting in a Jerusalem hotel.
There they shared with us news that we believed would herald the arrest and trial of our child's murderer. Ahlam Tamimi had by then been enjoying freedom and security in Amman for five and a half years. In October 2011, she had been released in the lop-sided Shalit Deal with the terror organization Hamas.
The moment she landed in her native country Jordan, she began boasting of the terror bombing attack she had masterminded on Jerusalem's Sbarro pizzeria in August 2001. The eatery had been packed with families that hot summer afternoon. The number of victims reached 15, including 8 children, among them our Malki.
Tamimi repeatedly urged her admirers to follow in her footsteps from the platform of a weekly talk show she hosted on the global Arabic-language Al Quds TV station. She also addressed live audiences both in Jordan and in several neighboring Arab countries to which she travelled during those years with ease.

On that March 2017 evening - it happens to have been my birthday - those US officials told us charges against Tamimi, the existence of which we knew nothing about until that moment, had just been unsealed. And her extradition to the US for trial had been demanded of Jordan pursuant to the 1995 Extradition Treaty between the two countries.

I remember shedding tears that day as I sat at the table across from those officials. I had little doubt that this monster would soon be where she belongs - behind bars in a US Federal penitentiary, this time until her last day on earth.

But here we are in 2021 and we are no closer to justice now than we were then.
King Abdullah's regime steadfastly refuses to honor the extradition treaty that Jordan signed and ratified with the US in 1995.
Jordan receives generous financial aid from the US as well as praise and adulation from the White House and from numerous individual members of Congress.

My husband and I are incredibly disturbed by the apparent passivity on the part of the US in the face of Jordan's brazen contempt for the rule of law.

It often seems to us that Jordan is the tail wagging the dog in this much lauded "partnership".

We truly hope that you, President Biden, will impress on Jordan that the existential support lavished on the Hashemite Kingdom is contingent on this evil woman being brought to justice.
We produced the video below with friends to mark the fourth anniversary this past weekend. It's also accessible via YouTube.