28-Sep-17: Now that the Palestinian Arabs are embraced by Interpol...

Interpol voted this week to admit the Palestinian Authority civil police as a full member in what Al Jazeera calls "a new victory in its drive for international representation despite strong Israeli opposition".

This raises some pretty deep concerns here in Israel where the assumedly-secure sharing of intelligence on terrorism is viewed as a life-and-death matter by ordinary folk.

The current head of the PA police is modestly referred to in formal documents and press releases as "His Excellency Major General Hazim Attallah". He was appointed to the role in March 2008, promoting a US official to submit this brief backgrounder up the reporting chain from where it eventually found its way into Wikileaks. 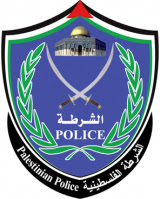 Attallah, who has been busy traveling in Europe during these last few weeks, presumably to help ensure backing for the PA's Interpol strategy, will be going to Hamas-controlled Gaza this coming Monday "to discuss security matters with Hamas" [Jerusalem Post yesterday]. He has not been there since the Islamists seized control in 2007's blood-soaked violence.

With Interpol having now opened its arms to Attallah and the Palestinian police, we're thinking - like commentators who frequently ask when speaking of events in our area - what could possibly go wrong.