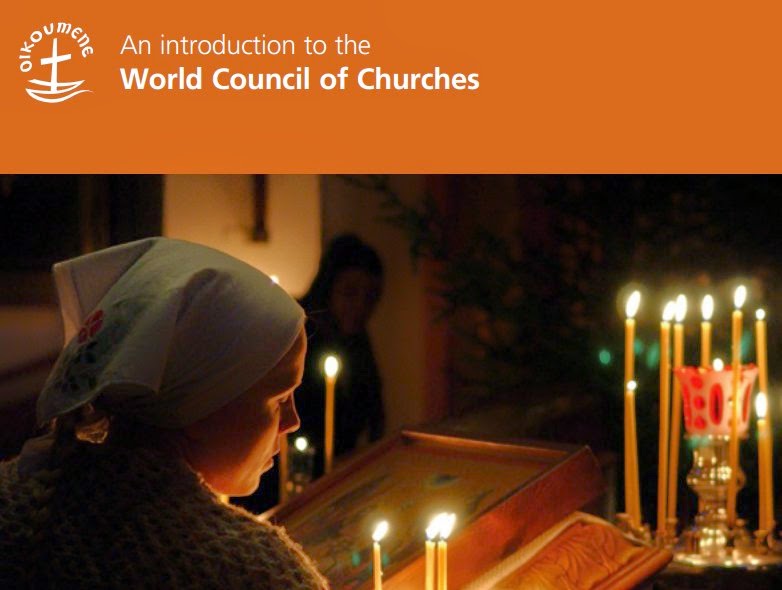 We're flabbergasted at the news that the World Council of Churches went public today with a statement of solidarity with what it calls "some 5000 Palestinian men, women and children, languishing in Israeli jails".

The WCC's chief executive, Olav Fykse Tveit, a Norwegian Lutheran, is quoted in its press release saying that the members for whom he speaks


"are called to pray for, visit, and tend to the needs of all prisoners, no matter the reason for their detention. For Israel and Palestine, prisoners have taken on even greater significance than in the past. We were disappointed when the government of Israel cancelled the scheduled release of prisoners who have been in Israeli jails even before the Oslo Agreement of 1993...

The announcement goes on to invite "the churches in the Holy Land to remember Palestinian prisoners through prayers and acts of solidarity that restore to them their freedom with justice and dignity”.

WCC is a roof body that purports to speak for the world's major protestant churches. Here's where they list their members. In Australia, they include the Anglican, Churches of Christ and Uniting Church in Australia. In the UK, the Baptist Union of Great Britain, the Church in Wales, the Church of England, the Church of Scotland, the Methodist Church, Presbyterian Church of Wales and others. In the United States, they include the Quakers, the United Church of Christ, United Methodist Church, the Episcopal Church, the African Methodist Episcopal Church, the Presbyterian Church (USA) and many others.

That's a lot of worshipers. Do they know how their religious faith is being exploited by a small coterie of self-perpetuating, Geneva-based bureaucrats?

The word that most offends us here is "languishing". Dr Tveit doesn't apply it to certain specific prisoners, but to all of them, including (just as an example) to Abdullah Barghouti ["10-Apr-07: Regarding Abdullah Barghouti"], convicted of murdering 66 Jews and seeks (he says openly) to kill more of us. Abdullah Barghouti personally assembled the bomb that killed our 15 year-old daughter Malki. If he's languishing, and other unrepentant murderers are too, this strikes us as being an exceedingly gentle condition for them to be in, given the state in which their victims are, and the ongoing agony of those who loved the victims.

And if, Heaven forbid, someone ever restores to Barghouti his "freedom with justice and dignity", will that someone take responsibility for the consequent acts of carnage?

Semantics aside, one has to wonder at an international association of Christians that looks at the devastation overtaking the Christian communities of the Middle East and concludes that the one problem deserving of the bulk of their attention and resources is the one involving the Jews.

[UPDATE 19-Apr-14: Our sincere thanks once again to Małgorzata Koraszewska for having published a Polish-language translation of this blog post on the widely-read Listy z naszego sadu website.]

I mean this as entirely friendly advice. You would come over as much more credible if you did not link to camera material ( indicted by the wiki editors notice board as " not a reliable source" )
People could be reading your stuff and nodding their heads. Then they see camera and immediately switch off.

We take your comments in the spirit in which you offer them. For some people, CAMERA will trigger negative responses. For others, the Guardian and others of their agenda-driven ilk will do the same. Fortunately for us, we don't outsource our common sense to any Wiki groups. CAMERA is an excellent source of fact-based news media criticism, and we don't - and won't -hesitate to quote from its generally excellent analysis and research.

Why would someone believe Wiki editors whomever they are are a reliable source? And what supporting evidence do they offer that proves camera is not reliable? Granted camera is a pro Israel site but does that in of itself make them unreliable? Every site involved with this conflict have their political leanings. However some are reliable and some are not. From what I have read from their site they quote others verbatim and respond to those quotes with verifiable credible supporting links.