27-Jan-14: In Gaza, a death cult celebrates its graduating class

A January 16 ceremony took place in the terror-rich atmosphere of the Hamas-controlled Gaza Strip marking the graduation of several thousand high-school children from a government-imposed, paramilitary indoctrination course in which the goal of self-destruction played a central role. It would have done the North Koreans proud.

But unlike in North Korea, what took place on a sports field in Gaza was based explicitly on the values of a religion with hundreds of millions of adherents throughout the world. The Hamas satellite channel Al-Aqsa TV broadcast the ceremony throughout the Arabic speaking world where it was viewed in real-time and via recordings by a global audience. This was no mere flower show or Friday morning local sermon. 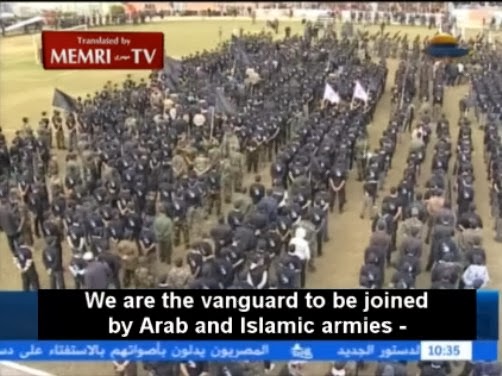 The translation team at MEMRI published the English-language text of the television coverage today. From experience, it's unlikely to get much airplay in the conventional media channels. This is a shame since watching the video [online here] and reading its transcript [here] is a sobering, shocking experience.

Viewers watching it understand, in ways that reports alone rarely convey, that what is in evidence here is a failed state in the tragic grip of a massively-intrusive religious cult consuming its own children. The hatred and zeal, the recurring calls to kill and be killed (the one evidently no less praiseworthy than the other), claim to be derived from Islam. They explicitly invoke its tenets and values.

For those of us who hold by non-Islamic belief systems, we are left again wondering where the outrage from believers in a civilized, respectful Islam is. (Perhaps not all of us. Harriet Greenwood, for instance, until this week the Guardian's Middle East correspondent, inserted into her sadly credulous April 28, 2013 profile of the Gazan Futuwwa programs a malicious and misleading comparison with Israel's compulsory post-high-school national service program.)

Something hideous is happening in Gaza. Those doing it declare it's what Islam demands. As far as we can tell, Islam's adherents in other places are largely silent. This cannot be because they don't know it's happening.

Some selected extracts from MEMRI's transcript of the Al-Aqsa TV coverage of the January 16, 2014 graduation ceremony in Gaza: 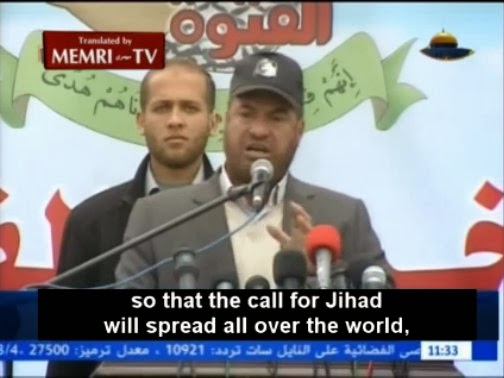